FunnelFixing.com is the brainchild of our main contributor, Dan Fradenburgh 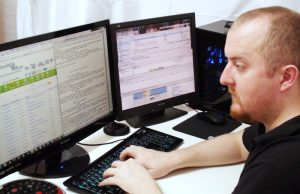 Dan became successful in 2012 working with 7-figure businesses by making shopping carts do what they should do, but were designed not to. IF YOUR ECOMMERCE SYSTEM'S SUPPORT TELLS YOU IT CAN'T BE DONE, THAT'S WHEN YOU NEED DAN TO COME IN.

He worked at 1ShoppingCart/Web.com before becoming a freelancer. Since 2014 he's been the head tech for one of America's most successful Real Estate Investment firms where he is currently the Chief Technology Officer, where he develops and manages a world-class team that is one of the best in America. The majority of his department's time is divided between ClickFunnels, Infusionsoft, EverWebinar, Kartra, IT maintenance, and Developing API integrations and other custom scripts in PHP, and JQUERY as his staff takes care of most of the HTML/CSS/WordPress needs of the company.

Dan's architecture, scripts, and automation systems have been behind the scenes for millions of unique viewers each month, product launches grossing over $250K in a week, and up to 8-figures per year in revenue EVERY YEAR SINCE 2012..

At one point, his clients included the authors of the #5 on the New York Times bestseller list in the Sports section, #1 and #2 books in the Exercise & Fitness section of Amazon's Hot New Releases, and #3 book in the Amazon Hot New Releases Diets & Weight Loss section at the same time.

As a companion to the launch of one of these best-selling books, he built a diet system search engine of the USDA's entire 8463 food item database, with 53 pieces of unique nutritional data for each food item (that's almost 450 000 total pieces of data). 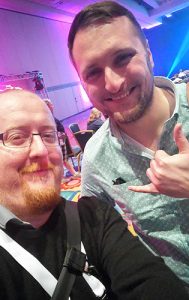 He also built the most-used online tool for giving a customized strategy for teachers of children with hearing loss and hearing assistance technology in America, and built it in compliance with HIPPA and student privacy laws and encryption standards. To date, it has helped more American teachers give these students the tools to succeed than any other online system; Now measuring in the THOUSANDS of affected students. The software has also compiled the primary source-data for Utah State University to use in peer-reviewed academic articles and research related to education and self-advocacy strategies for children with hearing loss. This was one of many collaborations to catapult an ex-school board administrator's first stabs at building an online presence to becoming the preeminent national speaker, online educator, and certification source for teachers of children with hearing loss in America.

Book Dan To Speak At Your Private Event: Click Here To Have Dan Train Your Team In FunnelFixingTM, and Cutting Edge Online Marketing Tools LIVE.